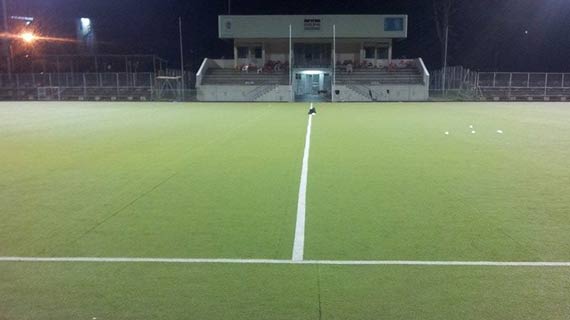 Reigning Africa hokey champions South Africa warmed up at the City Park Stadium on Sunday ahead of the 2013 cup of nations to be held in Nairobi from Monday.

The continental representatives at the 2012 Olympic games buoyed by rich talent and foreign based players are confident of doing well in the one week tourney that will see winners qualify for next June’s wold cup to be held at the Hague.

Captain Austin Smith and  Holland Rhetth Halkett based in Holland,Taine Paton and Gregory Last  both in Belgium, Julians Kykes  based in Germany, Jonty Robinson  in England and Jethro Austice  based in Ireland are part of the strong contingent.

Anton Van Rooyen who is the team manager to the team said he expects tough competition from all the participants saying it won’t be easy especially considering they are playing away.

“Definitely all teams have prepared well coming to the championships. We have to play well to retain our title.” He said.

“There had been concerns of the turf but from our training session, I am sure the players will cope well.”He said.

The tournament kicks off on Monday with South Africa up against Ghana while hosts Kenya play Egypt.