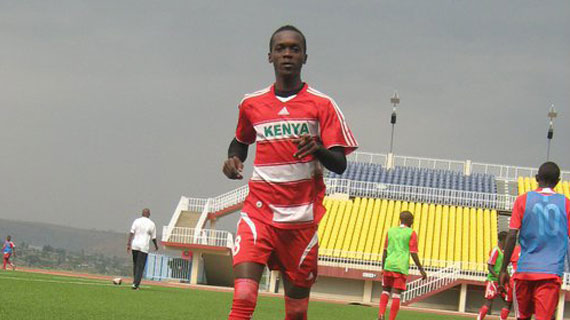 By MICHEZO AFRIKA CORRESPONDENT 10 May 2011

The young John Nairuka ( Jonte ) of the National Youth Talent Academy grabbed a hat trick for the Kenyan team as Collins Shivachi- a student from Kakamega High School ( Green Commandos) netted the fourth goal from a 30 yards thunderous free kick. Kenya was leading 3-0 in the first half.

Nine countries are featuring in the one week event that ends on May 14th in the   annual tournament. Participating countries include: England, Romania, Slovenia, Italy, Estonia, United Arab Emirates, Northern Ireland, San Marino, and Kenya which remains the only invited African country.

According to Oyugi who is leading the Kenya delegation, Apart from the purely competitive aspect, the event also promotes and represents a cultural bridge between the countries.
The Kenyan team was set to play Northern Ireland on Wednesday.