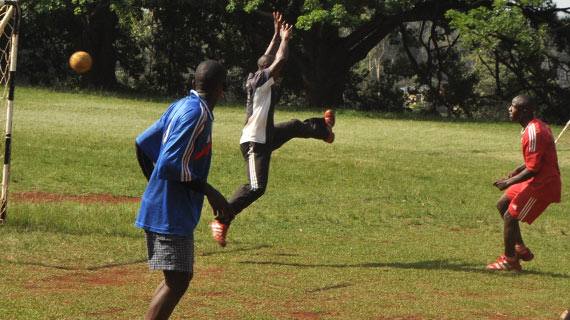 The Kenya Defence Forces (KDF) Handball League 3rd Leg kicked off this weekend at the Aga Khan High school with the Defence Forces teams taking part in the 1st Day. Ulinzi maintained their dominance in the league after beating Engineers 37-29.

The closely contested match saw Engineers hold Ulinzi during the match most of the time but gave in the last 15 minutes to allow their opponents to widen the gap.

Engineers had earlier managed to hold off Moi Air Base 30 -31 while Kahawa Garrison succumbed to Artillery 31-37.

In the women’s category, Artillery crushed Armored 20-7. Kenya Navy who are the newcomers to the league managed to start off on a good note when they beat Armored Brigade 27-17.

In their second match their opponents DOD CAU did not show up therefore they were handed a walk over.