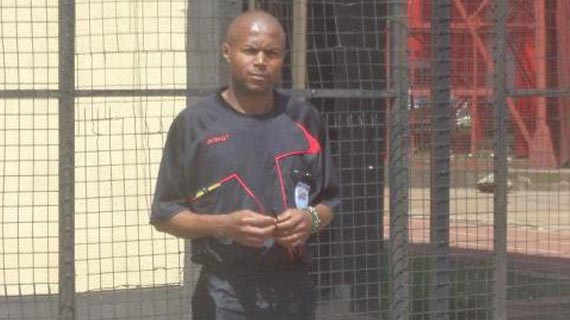 Lucas Muoki the Secretary General of Jericho Youth Handball Club and also a Kenya Handball Federation  Referee Continental One will be vying for post of Assistant Fixture Secretary in the upcoming KHF elections slated for February 23rd.

Muoki has pointed out that there is a huge gap in the position and that is why he has decided to vie for the same. According to Muoki the incumbent Assistant Fixture Secretary has not been available thus affecting some of the activities of the league, “in all honesty Francis Pere who currently holds the position has not been in the country since the current office was elected (close to 3 years). He was based in Afghanistan and recently just came back and wants to retain his seat while he has been doing nothing.” He said.

He goes on to explain that, “let us say Omondi the Fixture Secretary has travelled out of the country then it means no matches will take place until he returns and yet there was somebody elected to assist him and then the person is also not available meaning teams have to stay for some time without playing.”

On what he plans once he gets into office, Muoki says his main aim is to get handball participation throughout the season and also throughout the country, “if we can get teams in the league to play throughout the country that will be good but that will depend with availability of teams from different regions and sponsors who can facilitate their movement for the teams that cannot afford to do so.”

“Consistency in league matches will also be a top priority in my agenda,” he adds.

Formation of a Referee Association is also another milestone that Muoki will push for indicating that referees have been neglected, “referees interests should be put into consideration and that can be done through an independent body set up. In the past you find that referees are harassed because the perpetrators of the harassment know that no action can be against them while this should not be the case. With an independent refereeing body anyone who has a complaint against a referee they can report to the body and not take matters in their hands.”

Muoki said he has already picked his election papers and is ready for the elections when they take place on Saturday, “I am ready and I hope that those who are eligible to vote will give me a chance to do something new.”