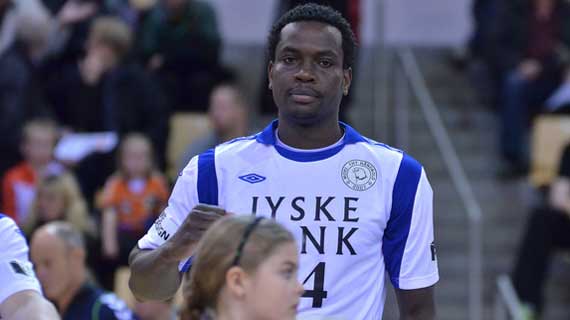 Kenyan international handball player Bryan Oduor has hit 101 goal mark in the current Danish Div 2 handball league where he turns out for Mors Thy Handball Club.

Oduor who has been in top form this season managed 67 goals in the previous season and with the scoring spree this season, he is the league’s top scorer at the moment. Oduor’s focus is however on his team’s general performance and hitting goals is not his main aim, “obviously for a player to hit 100 goals in a season is a good thing but for me it is all about team work. If I am required to defend I will do so if I am required to assist.”

“I have improved my goal record and I am happy about that as much as I missed some matches when I went to represent Kenya in the All African Games it is still an improvement.” He states.

Oduor who helped his team gain promotion might see his goal tally go higher since the league is just in the early stages of the second leg.