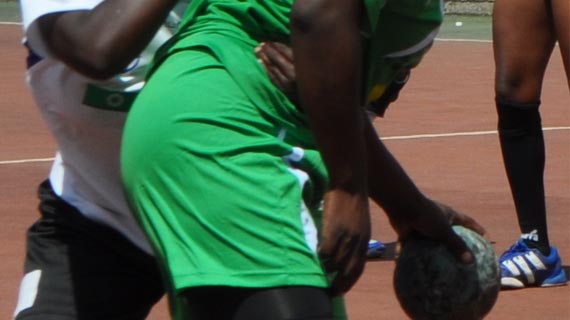 The Kenya Handball Federation through its Fixture Secretary Charles ‘Jaji’ Omondi has come out strongly to discredit what it describes as “irresponsible statements” made by Shisoka Akaka from the Western Branch. Akaka is vying for the Chairman’s position in the upcoming National elections.

Akaka had made allegations on how the handball Federation is run including possible mismanagement of donated funds and equipment and also integrity issues at the Federation.

Speaking to michezoafrika.com Omondi stated that as an office they were disappointed that somebody could make such reckless statements without getting facts right. Addressing the issue of mismanaged funds/equipment, Omondi categorically stated that there was no money given by the International Handball Federation and if there is any equipment/technical support donated they are for specific projects which IHF itself makes a follow up to ensure they are used for their intended purpose. He further explained that if people wanted proof there was various means of doing so and not just come up allegations.

“I am speaking as somebody who works for IHF and has been exposed internationally and to the best of my knowledge there is no country that has been receiving funds from IHF apart from Britain last year because of the Olympics. The equipment donated by the international body is for specific projects sanctioned by them and not just any team/country or person gets them and they send people to inspect these projects. If people want proof we are living in a digital world you can simply go to the IHF website (www.ihf.info) and see if there was any donation/support given to Kenya. The same website has contacts to their office in which you can communicate and enquire if such a thing has been done. If you cannot use these available facilities then you can reach me I give you phone numbers of top officials at IHF and seek proof. IHF is an international body and does not operate in a shoddy manner.” Omondi says.

Omondi revealed that the support Akaka is claiming Kenya gets might be an actual realization later in the year after Kenya was among the countries chosen to get a 4 year programme overlooked by IHF but it was at its early stages, “we have only filled the required documents and sent them to IHF but nothing has been implemented so far and we have to wait for further instructions.”

Akaka had also pointed out that if the country was not getting such support then it was the fault of the Federation for not requesting for it a claim Omondi rubbished, “IHF does not work like that. You cannot be going to beg for support and yet you cannot show what you have done. You have to work for it and with the strides we have made in handball Kenya has been recognized and that is why we have been chosen to get the 4 year program. Does Akaka know how that came about?” he asks.

On the issue of integrity and Akaka’s position on resigning from the Federation Omondi posed the challenge to him to come out clean to the Kenya Handball family on what happened. Omondi stated that Akaka never explained to the National executive why he resigned but the real issue was the fact that he did not travel to Algeria with the women’s national team in 2007 and it was at that point that he realized his principles were not in line with the current office, “Akaka was the men’s national team coach at that moment but the men’s team did not qualify for the African Cup of Nations while the women’s team did. So as a Federation we requested Akaka to assist in coaching the women’s team but there was an appointed coach who was Peter Mwathi. When the time to travel came he was not amongst the officials selected since there was only one slot for a coach and obviously we had to carry Mwathi and from that point is when his principles differed with the Federation’s.”

He went on further to put Akaka on the limelight describing an instance where they had organized for a trip to Egypt for the men’s team and during that time Akaka was the Vice Chairman of the Federation yet he did not know where the funding of the trip came from, “at that time the Federation had no money but with our connections with the Egyptian Federation and other well wishers we managed to stay in Egypt for 20 days and if you ask him where we got the funding he has no idea and yet he was the Vice Chairman. He still has a lot to prove.”

In regards to the upcoming elections Omondi urged the delegates who will vote to vote for somebody who has a proven track record and honest, “Akaka says that he will offer a lot when he is Chairman what has he done so far? Why is Western Branch not the heaven he is promising the whole country? He is coaching MMUST yet it does not feature anywhere in the national handball scene even amongst other Universities.”

“He talks of integrity yet a few years back after resigning he requested a foreign instructor to give him equipment for the development of the sport what he did not know was that the instructor contacted the Federation on whether to grant his request or not of which we gave the green light but never got to know the fate of those equipment.”

While concluding Omondi stated the reason why the elections were moved from the Kenya Sports Council board room to the current Chairman’s office at NOCK was because the facility at Nyayo had been booked by the Ministry of Sports and would not be available during the election time, “anybody can go to that boardroom at the moment and inquire. You will find that the room has been occupied and will not be available for some time. It seems he is not aware the current Federation Chairman is also NOCK’s Secretary General and that is their facility so what has changed?”

The National Handball Federation elections will be held on the 23rd of February and it will see a number of the current officials defending their seats.