Kenya Poly at the helm of KHF League 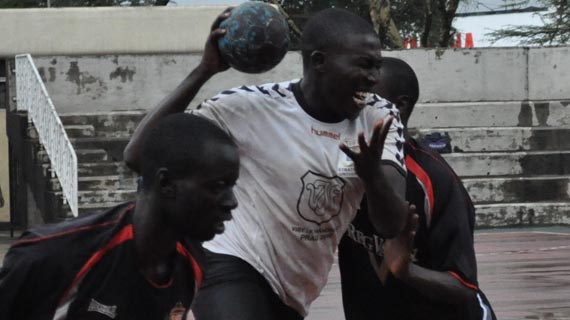 Kenya Poly at the helm of KHF League

Kenya Polytechnic moved to the top of the Kenya Handball Federation League table after posting mixed results over the past weekend.

In their first match, Poly were beaten by the Defending Champions, Cereals 28-16 and were handed a walk over when Multi Media failed to show up despite playing the first match of the day in which they won 14-20 against the hosts National Youth Service.

Strathmore University and Black Mamba were on the rampage after both teams crushed their opponents with huge goal margins. Strathmore humiliated the hosts (NYS) with a 49-12 win while last year’s runners up Mamba beat high school students Aquinas 58-15.

Black Mamba was also awarded a walk over after JKUAT failed to turn up for their fixture. Strathmore and Black Mamba are at position 3 and 4 respectively in the table standings.

In the women’s matches, Cereals maintained their good start to the league after they beat St. Johns 23-7 while Kenyatta University held off NYS 25-6. Cereals top the standings in the ladies category followed by Nairobi Water who had no match over the weekend.  In the last match of the day Matuu Memorial white washed NYS 36-7 to move to position 3 in the standings.

A number of teams in the league like Strathmore, Cereals (both men and women), Black Mamba and Nairobi Water are gearing up for the East and Central Club Championship that will kick off from the 4th of November at the Nyayo Handball Court.