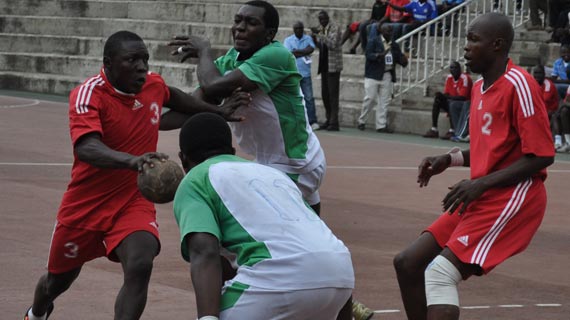 The Kenya Defence Forces Handball League will be heading into its third leg from Friday the 26th to the 28th of October at the Aga Khan High School, Nairobi.

Ulinzi won the 2nd leg of the league when they closely beat Artillery Gunners 25-24 in Nakuru a month ago. Ulinzi has dominated the competition having won both the 1st and 2nd leg. The Artillery Gunners ladies team won in the women’s category after they held off Nakuru Technical Institute 30-29.

Speaking to michezoafrika.com Sammy Mwangangi the league secretary pointed out that three more teams had joined the league and this was encouraging. “We have the Kenya Navy who had not joined the league but they are now with us. Masinde Muliro University and University of Nairobi have also shown interest and we expect them to participate in the 3rd leg of the league.”

The Defence Forces team will kick off the league on Friday from 9 am as the civilian teams join them from Saturday.