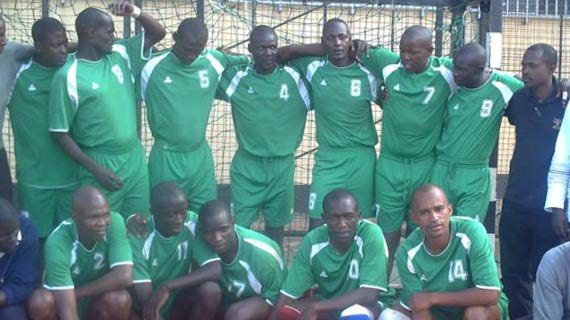 The Kenya Defence Forces concluded the 4th leg of their league over the past weekend at the Nyayo handball court with Ulinzi still at the helm with a 100% percent winning record.

The 5th leg which will be played in Mombasa will be held after the national general elections scheduled for March 4th.

The league which has seen a number of civilian players incorporated in the Defence Forces teams kicked off in August last year with the 2 of the legs played in Nairobi while one was played in Nakuru.

The league is also used as a measure by the Defence Forces sides to gauge their players as they prepare for the handball Military games that Kenya will host later in the year.

The collated results for the 4th leg are as follows: