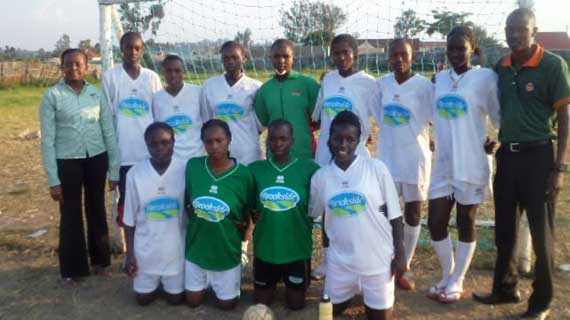 The term 2 (A) handball games entered its second day on Wednesday and it saw last year’s runners up in the girls’ category New Jogoo road from Nairobi suffer an upset when they were beaten by Moi Girls Kamusinga  from Western province 19 – 25.

In another set of draws that was experienced since the competition kicked off on Tuesday, defending champions Shimba Hills from Coast province drew against Rift Valley province champions Maraba 15 – 15. Sega from Nyanza province also drew 23 – 23 with Matuu from Eastern. Tigoni whitewashed North Eastern province 29 – 1.

In the boys category, Mang’u from Central managed to redeem themselves after Tuesday’s defeat to Toroso from Western when they thrashed North Eastern representatives Garissa 36 – 14. Silibwet from Rift Valley beat Toroso 29 – 20.

In another match St. Georges from Coast were held by Iterio from Nyanza the match ending 17 – 23 in favor of Itiero. The Nairobi representatives Makongeni beat Kaluluni from Eastern 21 – 19.

Thursday’s matches will be as follows;