Iterio beats Makongeni to charge way into the semi-finals 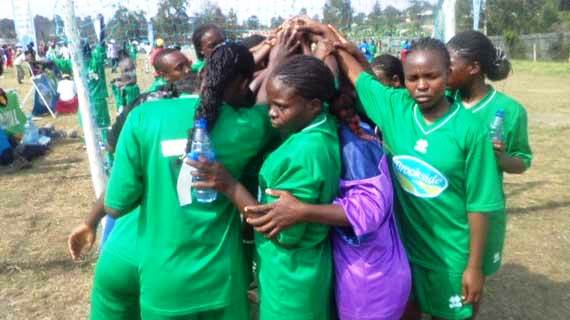 Iterio beats Makongeni to charge way into the semi-finals

Nairobi province representatives Makongeni were beaten by Nyanza’s Iterio 28 – 20 in the quarter finals of pool A in boys’ handball in the ongoing KSSSA Term 2 (A) National Competition on Thursday morning.

Central province representatives Mang’u also saw their hopes of playing in the semis dimmed by Silibwet from Rift Valley when they went down 16 – 21 in the pool B matches.

Meanwhile Coast province representatives St. Georges beat Kaluluni from Eastern 25-22 to secure a spot in the semi-finals. North Eastern representatives Garissa displayed another dismal performance when they were thrashed by Toroso from Western 41 – 4. This means that Toroso will face Iterio in the semi-finals while St. Georges will face Silibwet.

In the girls category New Jogoo Road whitewashed North Eastern province 41 – 1 while defending champions Shimba Hills managed to hold off Sega from Nyanza 19 – 14. Rift Valley champions Maraba beat Matuu from Eastern 16 – 14 while Tigoni were at their worst in the competition when they were thrashed 8 – 33 by Kamusinga from Western.