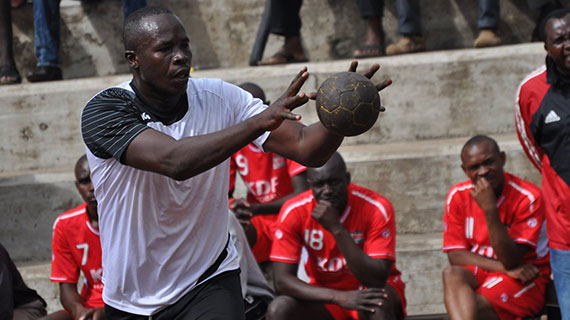 Cereals Men’s and women’s handball teams have secured a berth to this year's play offs final to be staged tomorrow afternoon at the Nyayo national stadium handball court.

Cereals men outwitted a resilient but stubborn Kenyatta University 27-22 in a closely contested match in the first semi final played on Saturday. Cereals took an early lead and crossed the half time mark leading the Thika road based students by one goal difference 8-7 before stretching their lead to clinch the match on 23-17 at Full time.

In the other Semi Final, in form Technical University commonly known as TUK eliminated pre match favourites Ulinzi in a tightly contested match that stood at 10-10 at half time. The Students produced a memorable performance during the second half to Ensure the Kenya Defense Force’s are locked out winning the match 27-22.

Nairobi Water women’s team renew their battle of supremacy with their fierce rivals Cereals in the women’s finals on Sunday at 12:30 while the men’s finals will kick off at 14:30 at Nyayo National Stadium Handball Court