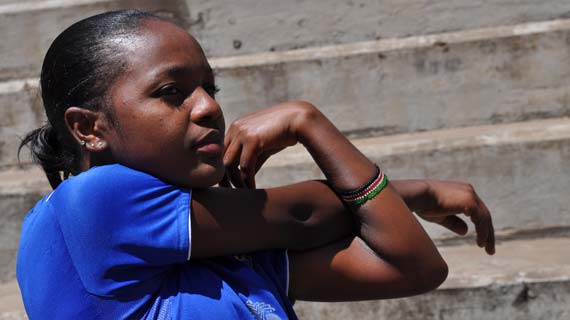 The defending champions of the Kenya Handball Federation League in the women’s category Cereals had easy wins as the league kicked off over the past weekend. On Saturday Cereals humiliated Mt. Kenya University 34-5 with Hellen Nzisa and Valerie Akinyi each scoring 6 goals.

On Sunday Cereals exhibited the same fire crashing Tobias Onyango’s Kenyatta University 34-12 with Grace Madegwa scoring 8 goals for the champions who will be taking part in the East and Central Club Champions later in the month.

The runners up of the 2011/2012 league Nairobi Water were also in blistering form scoring an impressive 45 goals against Kenyatta University‘s 12 goals on Saturday at the UON grounds with centre Mitchell Adhiambo and team captain Merina Andalla giving their side 8 goals each.On Sunday they were on another high scoring exploit hitting 44 goals against St. Johns 11.

Jack Ochieng’s side who will also be participating in the regional event (East and Central championship) to be hosted by Kenya will be looking to take the good form that his side as they travel to Morocco in November for the Africa Club Championship.

With the double wins for the two teams, Nairobi Water leads the standings with 6 points followed by Cereals with same number of points but Water has a greater goal difference.