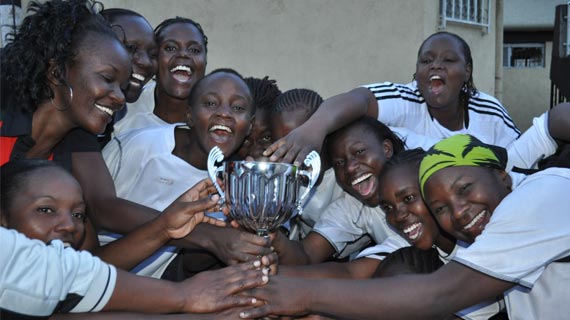 Cereals managed to avenge their defeat after they were beaten by Nairobi Water 2 weeks ago in a league match. The two teams were neck to neck and by halftime Cereals were leading Water by 13 goals to 10. In the second half Nairobi Water were able to stage a remarkable come back and the game was forced into extra time with each team having 21 goals.

The extra time was tight and worth the thrill but at the end of the first 5 minutes Cereals led Water with three goals. The second 5 minutes of extra time Water tried to come back but it was little too late and Cereals took the day.

Speaking to MichezoAfrika.com after the match, Nairobi Water Coach Jack Ochieng was disappointed with the result but was optimistic that the performance will be different when they head to the East and Central Club championship that is slated for September in Nairobi.

“We are going to undertake intense training and when we meet them at the club championship the result is going to be different.’’