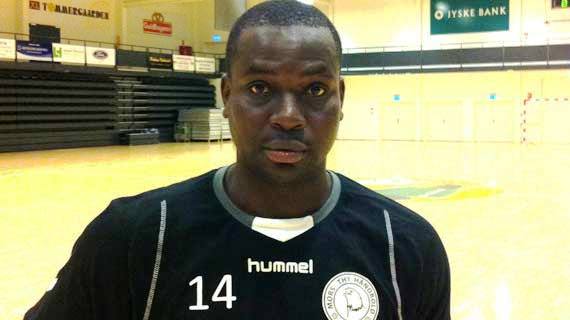 Kenya international handball player Bryan Oduor has reiterated the need for the Kenya national team to play tournaments outside the East and Central Africa region in order to gain experience that will win them major titles in the continent.

Odour who was speaking to michezoafrika.com from Spain where he and his team Mors Thy Handbol (Denmark) had gone for a training camp said that exposure was huge factor for a team to perform. Oduor and his team will also use the opportunity to watch the World Handball Championships,

“Kenya has very good players but what they lack is exposure especially internationally. If they can play more matches with teams outside our region and gain experience then we shall have a very strong team.”

According to Oduor, most teams at the Championship started preparations early and have gelled well and that is why they perform as they do, “For example, in Denmark the national team players meet for training/camp and play friendly matches at least once or twice a month whether there is a tournament or not. This helps the players know each other well.”

He went on to give an example of Egypt who are in Zone 5 same as Kenya but have undertaken the initiative to play many international matches as possible, “I watched Egypt hammer Australia with a margin of 25 goals here at the World Championship and yet we give them a hard time whenever we play meaning that we are good.” He said.

Oduor who played for the current Kenya Handball League Champions Cereals before heading overseas acknowledged the fact that funding is a major factor in all sports in Kenya not only handball and this is where the government should come in, “if the government wants to see National teams prosper then they have to invest massively in sports. There is no short cut.”

“I am happy with what K.H.F in collaboration with what the Street Handball Organisation led by Lasse Boesen have done. Street Handball is an avenue where development of the sport can really prosper.” Oduor concluded.

Spain the host Nation was crowned champions after they beat Denmark 35-18 in the finals.