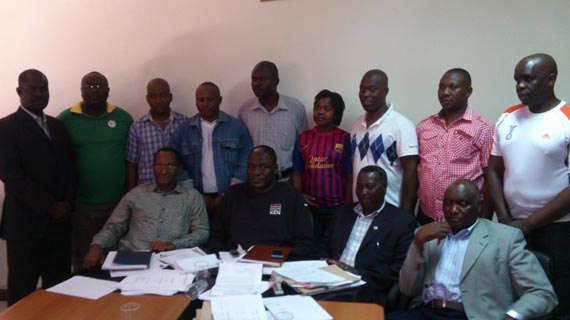 Shisoka Akaka from the Western branch of the Kenya Handball Federation conceded defeat in the just concluded national elections that were held on Saturday.

Akaka who was vying for the treasure’s position was beaten by incumbent Joe Mutua who had 14 votes against Akaka’s 9 votes. However Akaka states that there was some form of voter manipulation, “the fact that the elections were held at NOCK some of the delegates might have felt intimidated. I am also aware that the delegates were entertained the previous day at a local establishment and this may be a factor, all in all I accept the verdict of the people and we shall support the elected office.”

Akaka who had earlier stated that he was going for the Chairman’s position explained the reason why he changed his mind, “after consultations with other likeminded individuals we agreed that it was better if I ran for the treasurer’s post.” He explained. FK Paul the incumbent was reelected Chairman unopposed.

“We hope that the office will upgrade the sport for the sake of all of us and the country as a whole. The league also should be at the standards it deserves and from there we shall even have a very good national team.” Akaka concluded.