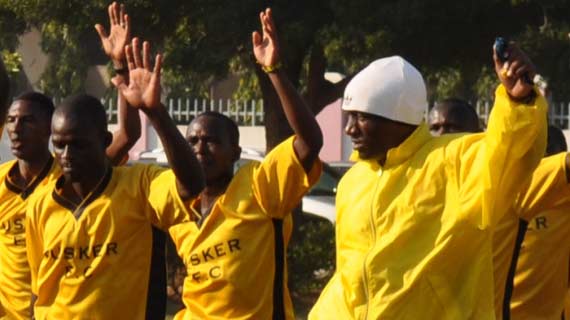 Speaking after the match, the assistant coach said the 13-0 win was not an easy one but a  result of adequate preparations.

“I know people will look at the score line and conclude it was an easy match. It should be remembered that we took quite a lot of time to be ready for such fixture. Wamo were good and gave us a good match,” He said

Maina said the game has given Tusker time to polish on their undoing especially being wasteful upfront as they near the season end.

“The FKF quarter is a done deal now. As a team we are very happy with the win. We have the league to concentrate on as defending champions,” Said Maina.