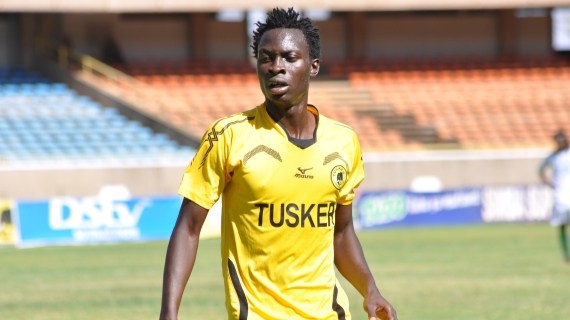 File picture of Jesse Were

Jesse Were scored at the hour mark as  Tusker defeated a hard fighting  Talanta FC in the second round of the Gotv Shield cup played at the Ruaraka Grounds on Saturday afternoon.Were slotted in from the spot after Talanta’s Jaswel Ngugi handled the ball in the box.

Despite the loss, Talanta coach Michael Nam praised his players saying they fought a brave fight against a top team.

“We played much better than them in the first half and majority of the second half. The chances we created were many too and I think this was also a very good experience for the boys.” He said.

The two teams met again at the same stage of the rebranded FKF cup  with the reining league champions managing a 3-1 victory in the previous edition.