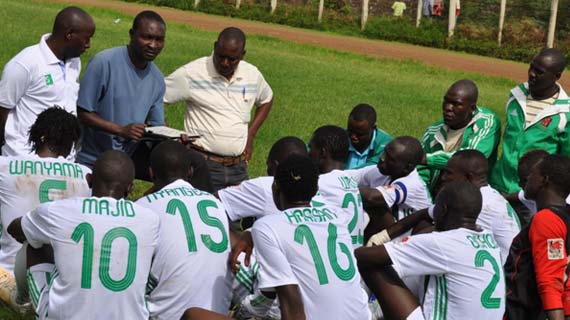 Sony Sugar plays Mathare United in the quarter finals of the Gotv Shield cup on Saturday in Nairobi and head coach Zedekiah Otieno says he is anxious to guide his team all the way to the finals.

Sony were giant killers with a 1-0 win over KPL defending champions Tusker FC to qualify for the last eight and now  hold the ambition of going all the way to the final.

The team that managed a barren draw against City Star in their immediate last league match in Awendo last week said their focus at the cup competition is at its best.

“This is the only shot we have at a trophy. It might be at the quarters but we have to play hard and better. Who knows Sony might be champions after all.”Said the former Harambee Stars coach.

“Mathare is a good team who play very nice football but these are matches you cannot make mistakes.”He concluded.