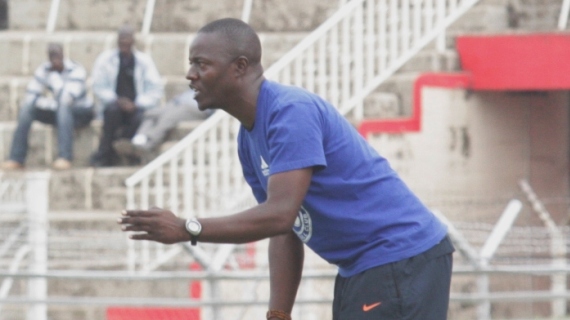 As they prepare to host Tusker FC in the Semi Finals of the FKF Cup on Sunday, Sofapaka have made clear their intentions of playing in continental football meaning they want to go all the way and win the Cup they last won in 2010 and lost it last year to Gor Mahia.

Speaking to Michezoafrika.com, coach David Ouma says their focus is finishing the season on a high with at least one trophy in their cabinet. He has outlined that their major goals at Sofapaka is seeing the team play in continental football and building talent for the European market.

“I can’t say we have had a bad season but we would want to cap the end of it with a title. We played in the Confederations Cup in 2011 and it was a great experience. We would want to better that same experience and that means we win the oncoming match against Tusker then book a place in the finals.” Ouma told michezoafrika.com.

He say the team is motivated to play against the league’s defending champions saying for any team, playing against champions always brings extra motivation.

“Tusker is a big team and we respect them a lot and we as well congratulate them for winning the league. We are motivated playing against them and everybody is looking forward to that experience of playing and possibly winning against them,” he adds.