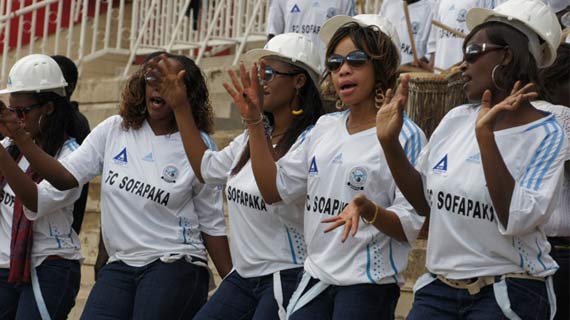 Sofapaka are the 2014 GOtv Champions after they held their nerves to outfox  Posta Rangers 2-1 in cagey  cup finale played at the Afraha Stadium in Nakuru on Saturday afternoon.

In a tightly fought contest, Rangers gave a respectable  fight threatening to post Sofapaka out of the trophy but a late magic by left -footed winger Clifton Miheso ensured that the  Batoto Ba Mungu bagged the crown to  earn a ticket to Caf- Confederations Cup.

Earlier on, Sofapaka had grabbed the lead in the 51st minute with the energetic striker Enock Agwanda slotting home an Abdul Razak feed which proved too much for Rangers custodian Ian Otieno.

Rangers pegged the scores even  six minutes later via a Pascal Ochieng header from Edwin Mwaura  cross but Miheso struck  deep, deep in stoppage time to hand the Batoto Ba Mungu the win.

Victory ensured that they walked home with a trophy,Sh. 2 million and ticket to continental club championship next season.