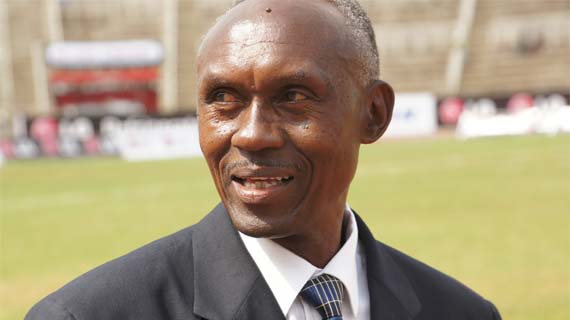 While speaking to Michezoafrika after the match, Omino said he is encouraged by what he termed as “one of the season’s best performances” but lady luck never smiled their way despite dominating for the better part of the game.

Gor Mahia scored first through Moses Otieno before Ali Bhai leveled the score line in the first half for stima.

“We travel back home heads high. We took Gor Mahia by the horn and dominated the match especially in the midfield. There was pace especially in the frank and our goal scorer Ali Bhai was excellent creating chance after chance.” He noted.

“Many a times we lose simply because of haphazard performances. Today’s was different. My players were psyched up and hungry to play in the quarter finals. Unfortunately that didn’t happen. Gor scored early on. Apart from that goal which caught us off guard they did not threaten much thereafter,” He said.

The tactician was satisfied with his decision to bring on two experienced players in his squad in Mark Sirengo and Ramadhan Balala in place of Justine Monda and Ali Bhai respectively  as the two made the midfield more stable.

“To continue possessing more and creating chances we need such players. With their experience at the center of the midfield we were able to dictate the tempo and the entire match. Going  to the penalties were we expecting anything. Sadly David Otieno’s kick was saved.” Omino added.