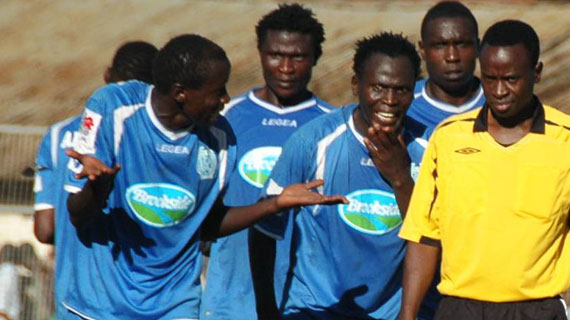 Division one side Nakumatt FC go head to head with Kenya Premier League side Thika United on Saturday in the second round of the Gotv Shield Cup hoping for the best at the City Stadium.

Team manager George Ouma knows well enough the daunting task ahead but believes his players will soldier on come Saturday.

“The match will definitely be a difficult one for us. Thika plays arguably the best passing football in the league but we are hoping for the best from the encounter.” He said.

“Thika were in the top 8 final with Tusker a while ago. So we are talking about a team fighting for a Kenya Premier League title and we will face them strongly.” He adds.

Nakumatt humiliated Western provincial side Mulembe FC 7-2 in the first round of the rebranded FKF cup last month.