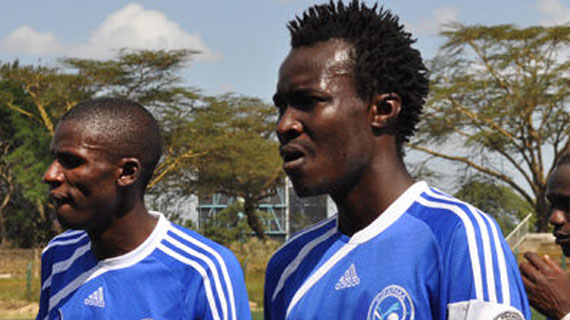 Former FKF Cup champions Sofapaka FC on Saturday afternoon dismissed Division One Side  Mahakama FC with a 4-2 win to qualify for the quarter finals of tournament whose winner will represent Kenya in next year’s CAF Confederations Cup championship.

Prolific Sofapaka midfielder Humphrey Mieno scored three times while Osborne Monday in his comeback from injury netted the other to sink the Division One Side.

Mieno started the goal hunt in the 8th minute of the match with his traditional long range shot to open the free flow of goals. Osborne Monday then added the second with a lovely curve just after the half hour mark.Mieno was back again with his second of the day to take Sofapaka 3-0 by half time.

Just a minute after half time, Mahakama seemed to have reorganized themselves punching in some energy upfront and this paid off with a 46th minute goal. Sofapaka landed a numerical advantage in the second half with Mahakama being reduced to ten men in the 47th minute.

Man of the day Humphrey Mieno then stepped up to score his fourth from the spot and further complicate Mahakama’s likely comeback. But Mahakama kept trying and they earned themselves a second goal in the final quarter to reduce the margin to 4-2.

Despite a late charge, Sofapaka’s defense stayed strong to hold on to the two goals’ advantage for the former champions who sailed through to the quarter finals to be played on the weekend of 6th and 7th October 2012.