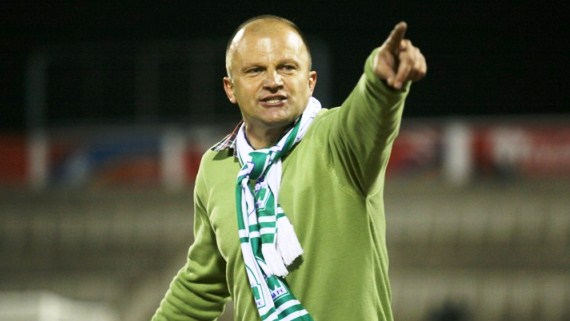 Gor Mahia Coach Zdravko Logarusic has predicted a touigh battle this afternoon when his side faces off with AFC Leopards in the FKF Cup Semi Finals at the Moi Sports Centre Kasarani. The Coach believes both teams will be fighting with all their arsenal especially after they failed to clinch the league crown.

“This is going to be one tough match. Both teams lost the league title and now that they have something to fight for, they will be arming themselves to the teeth for this match. It is a 50-50 game and can go either way. For us we waqnt to get out of last week’s disappointments and that can only mean we win the match,” he notes.

Gor Mahia are the defending champions of the FKF Cup. They won the tournament last year after beating then defending champions SOfapaka 1-0 with Edwin Lavatsa scoring the lone goal. Gor had a poor outing in the Confederations Cup losing 4-0 on aggregate to Mozambique’s Ferroviario de Maputo.