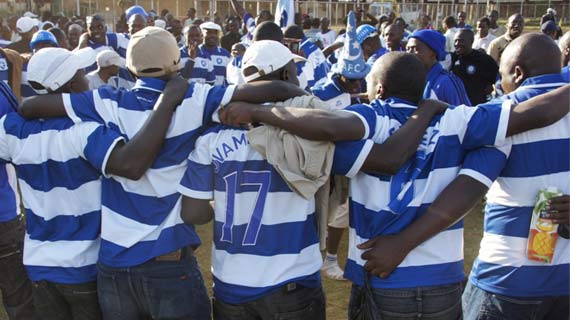 Less than 300,000 Shillings was collected during the Congo United vs AFC Leopards pre-quarterfinal FKF Cup match at the Nyayo National Stadium on Sunday afternoon.

The total gate collection for the match amounted to 299,600 out of which both Congo JMJ and AFC Leopards will take home 46,000.The Stadia Management got 15% of the collection while Football Kenya Federation' share was 61,000.Other costs factored in included security and ambulance services.

AFC Leopards won the match 3-1 and have qualified for the quarterfinals where they will meet Karuturi Sports while arch-rivals Gor Mahia will have to overcome Muhoroni Youth hurdle.