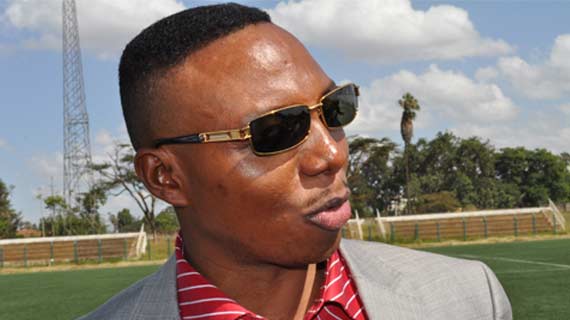 By DENNIS MACHIO 07 Aug 2012
Sofapaka president Elly Kalekwa has appealed to FKF to make the FKF Cup more competitive by tagging the cup with a handsome prize money for the winners of the competition who will represent Kenya in next year’s CAF Confederations Cup.

Kalekwa says it is too expensive to participate in such a competition and therefore the Federation needs to come up with a handsome amount that will also ease the financial burden on the winning club. Last year, the winner of the tournament was awarded 100,000 shillings by the then federation led by Mohammed Hatimmy, Erastus Okul and Titus Kasuve.

“As it stands now we are just playing the tournament as a build up to keep our players in shape for the KPL league because we are fighting for nothing. FKF told us to just play as they look for sponsors, this is not encouraging. It does not boost competition.” He lamented.

Kalekwa says the tournament has all the characteristics of having a 5 Million shillings cash prize for the winning team and he has challenged the Federation to seek sponsorship if not for this tournament but for subsequent editions. This he says will elevate the status of the tournament to being the best in the region.

“This tournament gives chance to clubs from the grassroots. Teams that have players we have never seen in the normal league and is a good avenue to identify talent. By making it the most competitive and lucrative, more clubs will work towards performing well especially those clubs in the lower leagues.” He added.

Kalekwa gave an example of current AFC Leopards goalkeeper Patrick Matasi who was identified during this tournament while playing for West Kenya sugar during the 2010 finals against his team Sofapaka.

“In the 2010 finals, we played against a lower division team that beat all odds to reach the finals. They had a very good goalkeeper in Patrick Matasi, since then the keeper has become one of the best in the league. This is clear testimony that the tournament has the potential to support grassroots soccer development. FKF just needs to pump in more energy and resources to make it the best.

Kalekwa adds that “Football is business and both the Federation and club management must work together to support the growth of the game in Kenya. Last year we (Sofapaka) spent close to 30 million shillings participating in the CAF Confederations Cup with no assistance from the then Federation nor from the government and I challenge FKF to do something different this year so that the winner can atleast get something to smile home with.” He concluded.
Read more on : FKF-Cup