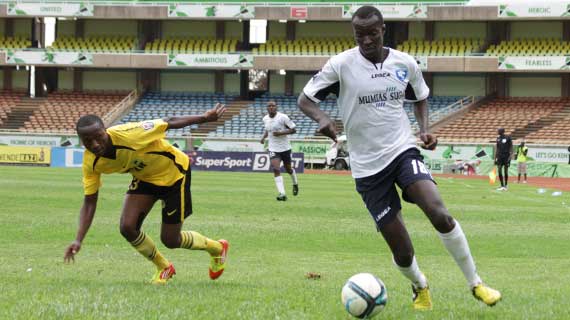 AFC Leopards has a tall order of defending its GOTV Crown when it battles bogey side Tusker on Sunday at the Nairobi City Stadium in the tourney’s quarter final.

Ingwe slayed bitter rivals Gor Mahia 1-0 in last year’s finale to  claim the crown with former midfielder  Peter ‘Pinches’ Opiyo scoring the lone goal and as they prepare  for a Tusker  test , they will have to forget their dressing room problems.

The den has been rocked by  turmoil with the  troublesome  shot stopper Wycliffe Kasaya booted out of camp, add this to their dismal performance in the league then you understand the dynamics.

Tusker not faired any better but fumbled in the league race drawing with Nairobi City Stars before losing 1-2 to Ulinzi Stars on Thursday and will be out to correct the wrong.

Winners from his match will meet the winner between 2010 holders Sofapaka and AP who also clash at the same venue tomorrow from 12.30pm