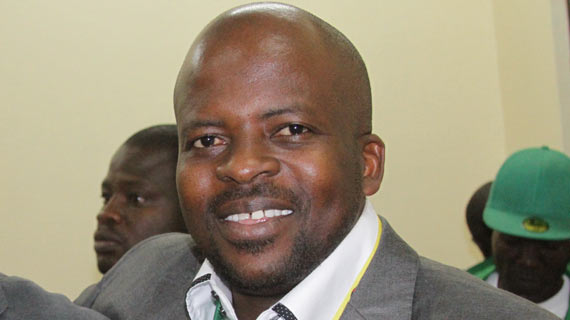 Gor Mahia team manager Frank Ouna says defending the Cup title remains their top priority as they face rivals AFC Leopards in the finals of the GOtv Shield Cup later this afternoon at the Nyayo stadium.

Ouna says though many have tipped AFC Leopards to win the match, his team has prepared well and is tactically, technically and mentally ready for the big day, “Many people think AFC will beat us big time. I have listened to many analysts who seem to have ruled us out because we already have the league crown in our bag. The truth is we did not win the league by fluke but we worked hard to earn the trophy and we will approach the Cup final with the same mentality of lifting a double.” He says.

“We have earned our respect thus we deserve it. We do respect AFC Leopards because they have shown quality this season and we will treat them as such.” He adds.

Ouna says AFC Leopards has also worked hard to reach the finals and today’s derby will not be any different as every team will be fighting for the big money and the crown. The winner of the Shield will walk home with 2.5 Million shillings in prize money.

“This match will not be a walk in the park for either team. Furthermore, it’s a derby, so no one needs even a pep talk. Its stuff of legends in the offing. We have prepared well for the Leopards and it is all systems go.”

Gor Mahia have won the Cup title for the last two years in a row beating Sofapaka in the finals in both occasions. Under Scottish man Bobby Williamson, Gor Mahia has already bagged the league title and will be coming to this match with pride at stake. Both teams have already qualified to represent Kenya in next year’s CAF competitions with Gor Mahia playing in the champions League and AFC Leopards in the Confederations Cup.