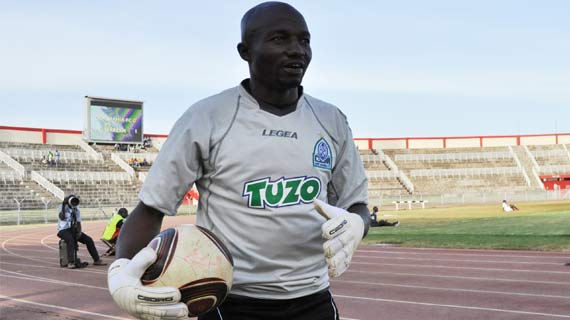 Gor Mahia will miss inspiration captain and first choice keeper Jerim Onyango when they line-up against arch-rivals AFC Leopards in a semi-final match of the FKF Cup on Saturday afternoon. The match will kick off at 3pm and will be aired live from Kasarani by SuperSport.

Ivo Mapunda will wear the gloves while Moses Odhiambo will captain the side in need of a win after a promising but disappointing end to the Tusker Premier League season.David Owino takes the place of Solomon Nasio while Musa Mohammed stands in for Chris Wekesa.2012 Nominees for best player award Dan Sserunkuma and Rama Salim will spearheard Gor Mahia’s search for goals.

The winner of this match will face either Tusker or Sofapaka in the final whose winner earns a chance to represent the country in the CAF Confederations Cup next season.