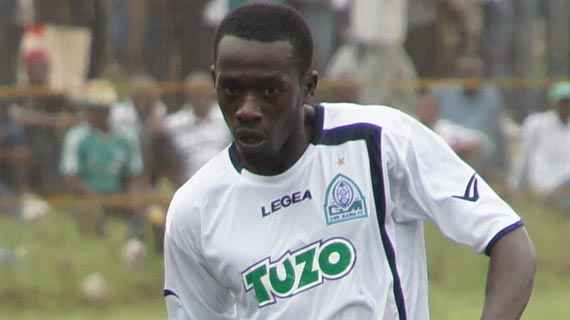 Gor Mahia edged out  Western Stima  in post-match penalties in an FKF Cup pre-quarters match played at City Stadium on Saturday afternoon. The match ended  1-1 during normal regulation time.Keeper Ivo Mapunda saved one of the shots to push Gor Mahia to the next stage on a 5-4 win.

Gor Mahia got off to a good start when Moses Otieno's well taken free kick beat Western Stima keeper in the 6th minute. The powermen would have equalized immediately  but Ali Bhai’s  long range shot  that beat Mapunda was denied by the crossbar.

At the half hour mark, St. Anthony alumni Ali Bhai headed in the equalizer from Muhako's free kick to silence the green army.

The remaining part of the first half was end-to-end action .First Alloys Mangi had a great chance to put Stima in the lead but his shot went wide. Gor Mahia's Kevin Omondi also squandered a great opportunity to ensure the teams went to the break tied at 1-1.

Coach Logarusic brought in Ivan Anguyo for Nicholas Ochieng at the beginning of the second half but this had no immediate effect as it was Western Stima who should have doubled the lead after a swift counter attack but Ezekiel Kemboi's low shot was an easy collection for Mapunda.

Twenty minutes to the end, Gor Mahia’s missiles were met with equal resistance by the Western Stima defense well marshaled by David Otieno. Edwin Lavatsa’s shot from inside the box in the 77th minute went over the bar.