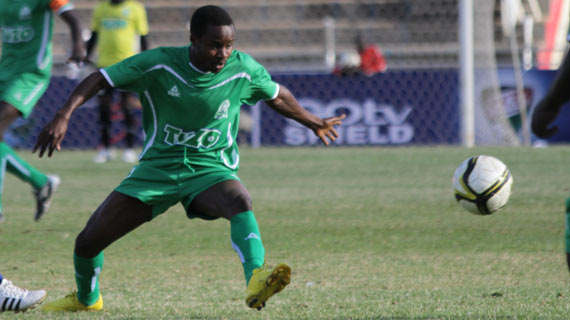 Only Sony Sugar stands in Gor Mahia’s march to the GOtv- Shield Cup final where they hope to clinch the trophy the third time in a row.

Gor has won the trophy- the second most prestigious after the league crown in the last two seasons beating Sofapaka in both attempts.

However tomorrow beginning 4pm at the 60,000 seater Moi International Sports Center Kasarani, Gor will have to pull out all their armor if they are to earn a ticket to the grand finale.

K’Ogalo under Scot Bob Williamson have been enjoying a good run  both in the league and the Domestic campaigns and  are heavenly tipped to toss out the sugar millers.

En-route to the semis, they crashed Thika United and Western Stima by identical 2-0 margins and the Scottish tactician  is likely to keep faith in the  deadly Dan Sserunkuma to once again spearhead  the  attacks.

Sony on the other hand will be out to “spoil the party” for Gor in what promises to be a battle of wits. The sugar millers tossed out Tusker ad Mathare United to reach the semis and their head coach Zedekiah ‘Zico’ Otieno expects a tough battle from the defending champions but is not afraid of the opposition.

“They are a good side. Their momentum has been great, but we are going into the match to compete but not be passengers.” Zico says.

The winner in the tie will face off with the victors between AFC Leopards and Sofapaka scheduled for Sunday in the finals.