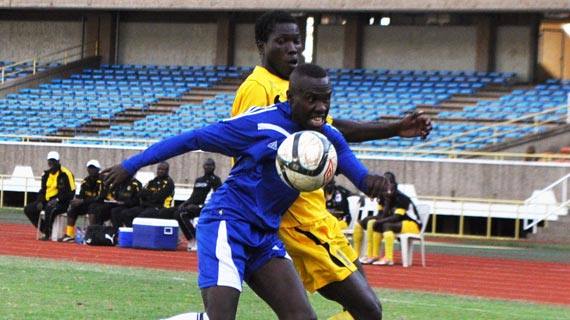 File pictures of Tusker vs Talanta in 2012

Division one side Talanta FC coach Michael Nam has warned the reigning Kenyan Premier League champions Tusker saying it will not be an easy task when the two sides meet in the second round of the Gotv Shield cup over the weekend at the Ruaraka grounds.

Nam says despite facing league champions, his players will approach the match with a giant killing attitude aiming to advance to the next round,

"We are ready for them," he says  “Facing champions is a tough thing by all means especially for a division one side. The key factor will be to try and avoid the fear factor to enable the players play their usual game. Being champions doesn't mean they can’t be beaten.”

“Such matches are lost on concentration lapse. We intend to avoid committing easy errors hoping to cause an upset.”He noted.

Talanta managed a 2-1 win over Top Fry All Stars in the first round of the rebranded FKF cup.