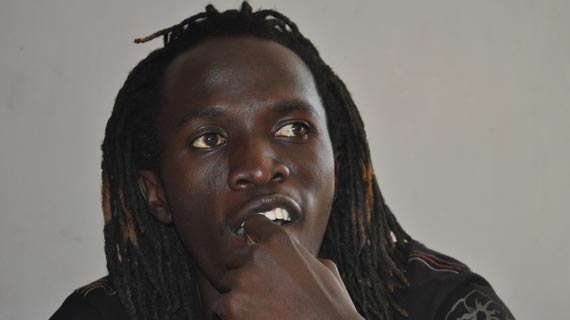 Karuturi FC midfielder Kennedy Oduor will miss his team’s FKF Cup quarter final action against AFC Leopards this afternoon in Mumias. Oduor who has been a key pillar in Karuturi’s midfield lost his younger sister and is not part of the Karuturi squad that travelled to Mumias.

“I am traveling to Bungoma for the funeral and could not be with the team. My sister fell ill last week, she had been admitted and discharged but then it became worse and when she was readmitted she did not make it. She passed on Wednesday.” Oduor told michezoafrika.com

Despite his absence, Oduor believes his team is capable of bring back positive results and he wishes his team mates all the best as they tackle the day.

“ AFC is a good side we respect that,  but my team is also strong enough and this being  a different competition, we are determined to pull through to the semis just like AFC Leopards is and I am sure it will not be an easy match for either side. I wish my team mates all the best.” He adds.

Karuturi play AFC Leopards this afternoon at the Mumias Sports complex and the winner of the match will qualify for the semi final.

At michezoafrika.com we wish Oduor and his family stregnth and courage to pull through this difficult time.Our condolonces.