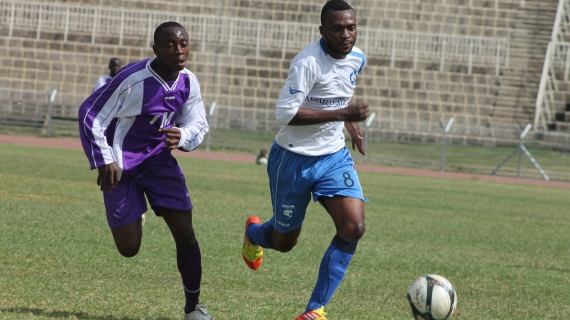 AFC Leopards survived an early scare from Nationwide side Congo United JMJ to qualify for the FKF Cup quarter finals with a 3-1 win. The Leopards had failed to click for most of the match and the nationwide side enjoyed much possession especially in midfield.

Leopards got into the lead in the 25th minute through Charles Okwemba. Okwemba headed in after Laurent Tumba returned in a header from a Paul Were cross. However, they would fall in the 29th minute when Congo equalized through Timothy Otieno. The striker easily tapped in after beating Abbas Kiwalabye from Omari Masika’s ball.

The boys from the lower tier league were buoyed by the equalizer and they took on possession with Omari and Martin Nderitu commanding paces in midfield.

Allan Wanga had a chance in the 34th minute but his effort from distance screamed over the bar. Floriobert Ndayisaba twice missed from a header in the 40th and 44th minute with keeper Philip Akayo saving once and the other going wide.

In the second half, Congo continued with their dominance though they were greatly let down by their finishing. Mike Barasa came in for Mwangi Misse as Jan Koops opted for more creativity and activity upfront.

Barasa’s impact was immediately felt with his shot being saved just seven minutes from coming on. On the other end, Timothy Otieno had a chance to double Congo’s advantage from poor defense but his shot was saved by Matasi.

Their efforts paid off in quick succession in the 77th and 81st minute with Allan Wanga and Mike Barasa scoring to seal the win. Wanga headed in from a Mike Barasa corner in the 77th minute, before he returned the favor turning provider for Barasa who tapped in his cross from the left.