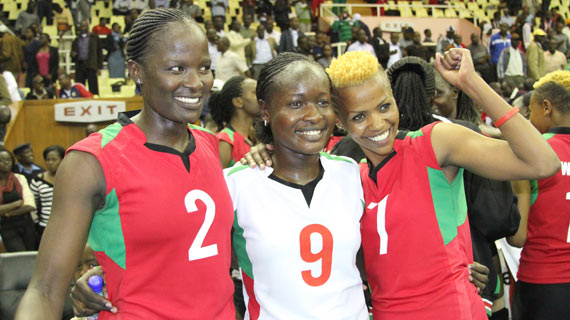 To the layman, the composition of Western Kenya that crops up is that of Kakamega, Busia, Vihiga and Bungoma. For purposes of this conversation, Western Kenya comprises of these four counties as well as the outlying regions of Nyanza, and parts of the Rift Valley. This part of the country has over the years churned out talent across almost all sporting disciplines that Kenyans are aware of.

Quite a number of leading lights and legends across several sporting disciplines trace their roots to this part of Kenya, a region that is embarassing endowed with sporting talent. Just look at some of these legends - Joe Kadenge, Allan Thigo (football), Max Muniafu, (rugby), Robert Ouko, Ben Jipcho (athletics), Joseph Akhasamba, Robert Wangila (boxing), Ronnie Owino, Thomas "Smarts" Olumbo (basketball), all the top volleyball names  - and you get an idea of the talent that has emerged over the years.

Schools from this part of the country have over the years proved dominant on the national scene, lifting titles across the board in football, rugby, hockey, volleyball, basketball, handball to name but a few. Teams like Kakamega High School, Kisumu Boys, Itierio, Friends School Kamusinga,Kimilili boys, Cardinal Otunga, Kisii, Maseno, St. Mary's Yala, Lugulu Girls,St. Joseph's Kitale, St. Peter's Mumias,  Malava , Bishop Njenga, Mukumu Girls, Chesamis, Thur Gem are just some of the many schools that have excelled on the national front, claiming titles and of course unveiling new talent that has gone on to excel, some even earning national team call ups in their various disciplines.

Strangely enough, while there has been a general realization of the fact that a vast majority of outstanding athletes are associated with this region either by birth or by schooling, there has not been any conscious attempt to recognize and appreciate the region's contribution to sport and this is one of the things that motivated the creation of the Magharibi Michezo Awards. This is the premier sports award for the region and is geared towards rewarding the achievements of the region's athletes as well as encouraging the next crop of sporting talent.

The first edition of the MMAs will be held in Bungoma County on Friday 20 December 2013 and will initally feature nominees from four regions, Kakamega, Bungoma, Busia and Vihiga. Future events will see interested counties bid for hosting rights and  it is envisaged that the MMAs will grow to include other counties in the vicinity which when clustered with these four can be loosely refered to as West Kenya.

We look forward to the first ever Magharibi Michezo Awards as we set out on the path to recognizing this part of the country as a bedrock of Kenyan sport.