Theatre of the Absurd as Moyes nicks top spot 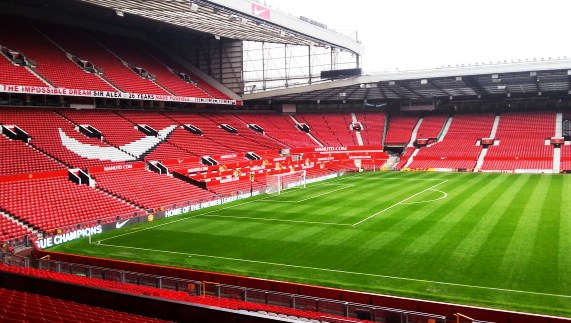 Theatre of the Absurd as Moyes nicks top spot

Phil Jones’ goal ensured that United earned 14 points. In real terms, that’s one shy of Man City’s, after the Citizens’ 3-2 win over the Bavarians in Germany. One shot shy of Arsenal’s, if the Gunners hammer the living daylights out of Napoli.

So what’s the reason for the Red Devils’ domestic demise? Having earned their biggest ever victory in the Champions League, their biggest European vitory in eons, surely, the Mancunian Scot manager has to stamp his authority. He inherited a bunch of mediocre players. Only a few need to stay, many, nearly 10, have to go, because United’s confidence this season has been catastrophic. And that’s still an understatement.

Ashley Young is a shadow of his two seasons’ past best.Though better in trickery than Antonio Valencia, having gotten United’s two best chances in a first half they should have been behind, had it not been for profligacy in the Shahktar, predominatnly Brazilian, forward line, he only ended up showing why he’s better off in a mid-table club, like his former Aston Villa, than a club of his current employers’ stature.

Over to the Allianz Arena. Manuel Pellegrini’s Sky Blues were in for a thumping. Having gone twice behind in 12 minutes, courtesy of Thomas Muller and Mario Gotze, the men floating in Arabian oil hit back with David da Silva, Alexander Kolarov’s penaltly and James Milner ensuring a victory three minutes later.

A fourth goal for City would have ensured top spot. And though it didn’t come, Pellegrini’s charges had made a statement intent in the UCL, courtesy of a stunning win over Pep Guardiola’s men, more so given their woeful away performances locally.

Galatasaray 0-0 Juventus (Match abandoned due to snow, to resume on Wednesday midday)