Gor Mahia winning KPL will be good for Kenyan football 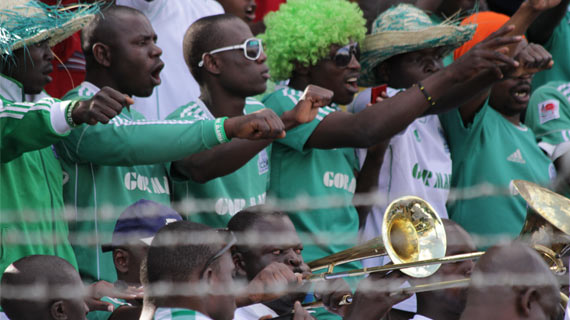 Gor Mahia winning KPL will be good for Kenyan football

Allow me to be partisan, opinionated, biased, or whatever other term you may use to describe me. I am after all utilizing my creative license to...er...create, for lack of a better word.

Gor Mahia being officially declared the 2013 Kenyan Premier League champions will be a great thing for Kenyan football. I can only imagine the pomp and pageantry from the colorful K'ogalo fanatics on the TPL's closing day, the singing, the dancing, the celebrations, the pouring of libations at the Tom Mboya monument, the gatherings outside Ambassador bus stop and Kenya Cinema.

This is what Kenyan football has been lacking and I can only hope that this sparks off a revival for Kenyan football. I surely hope that a certain team ( I think it's called AFC Leopards) is taking notes learning how to reposition itself in pretty much the same way Mighty Gor Mahia has done.

To be honest, colorless, institutional clubs usually named after the brands of the products they dispense or the institution sponsoring them, with a handful of fans have won the KPL in days gone by but there has not been any glamour that comes with the  title  compared to a would be scenario should Gor Mahia or AFC win it. In an ideal situation, the Gor win should inspire other self supporting clubs to aim for glory, it should stir more corporate entities into investing in the game in terms of sponsorships and other related partnerships.

The effects of the Gor win will be felt, trust you me they will, for days to come. In pubs, clubs, kinyozis, chamas, church, work stations, on social media, the buzz will be, " We are the champions bwana...don't joke with us...do you know what it takes to be a champion?"

Closet Gor Mahia supporters will emerge from the cracks in the wall. It surely is going to be something great, and in time I can only hope that the feel good factor generated from the Gor KPL win permeates to the long suffering, underperforming, misfiring Harambee Stars.

Gor Mahia's KPL win will be good for Kenyan football.

*By the way, I support AFC Leopards.