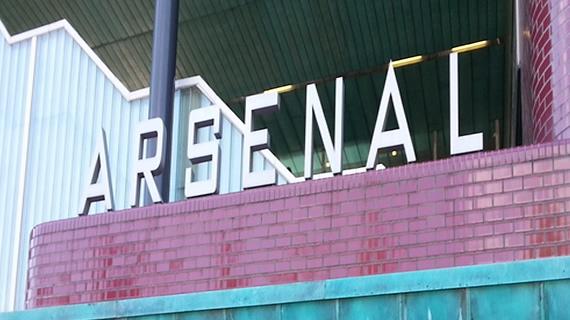 Arsenal lost, again. It might probably be a song heading into its chorus in the next three games, as the Gunners continue their toughest journey yet. Is it a blip or has the North Londoners’ attacking impudence being pampering over cracks? First it was Dortmund, now Jose Mourinho’s Chelsea who’ve visited Emirates and walked away with victory.

Confidence was aplenty as Arsene Wenger’s men journeyed to the top of the EPL and Champions League’s Group F. Right now, holes are being poked by the crème de la crème. With Le Prof continuing his policy of fielding youngsters in the League Cup, he could have virtually written off Arsenal’s trophy hopes for the umpteenth time.

Even the introduction of record signing, Mesut Ozil and Olivier Giroud in the second half couldn’t prevent the Blues recording a well-deserved 2-0 victory over their off-pace London rivals. With Nicklas Bendtner leading the line, there was no way Wenger would get his first victory over Mourinho, evidenced by only one shot on target from his team.

Cesar Azpilicueta took advantage of a Carl Jenkinson error. That definitely turned the anthill into a mountain to climb. In the second half, maligned star player, Juan Mata hit a shot with venom that ruffled the net and it was game over for the Ashburton Grove outfit. No quarterfinals for them.

With Man United comfortably dispatching Norwich City 4-0 courtesy of a brace by Javier Hernandez, Phil Jones and Fabio da Silva, focus will definitely shift to Arsenal. The outcome of defeats against the big teams will have the team scrutinized against the likes of Liverpool, Dortmund in the reverse fixture and Man United.

With depth in squad lacking, more so in the striking department, it’s easy to say the Gunners have their work cut out as the fixtures head into midseason.