Arsenal must win the title this season 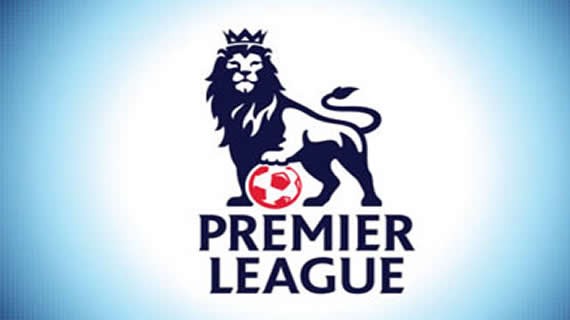 Arsenal must win the title this season

No. The Gunners aren’t being confined in a pressurized cannon. Perhaps. Nevertheless, the former misfits from Ashburton Grove turned pacesetters will have no excuse if they don’t lift their 14th league title by the end of May 2014.

It’s very simple, really. Arsene Wenger’s charges have won 10 games out of 13. Only Aston Villa, West Bromwich Albion and Man United have taken points out of what would have been a perfect run to date.

True, David Moyes’ men are unbeaten in 7 EPL games, but have drawn thrice in the same run, and now find themselves back in position 8 on the grid, 9 points behind Arsenal; a grim picture for a side seeking to defend its title.

Liverpool. Though the Reds have been occupying the top two positions, no one can be fooled easily to think they are genuine title contenders. I mean, seriously. Brendan Rodgers’ side seems Kop’d out. Hull City, a team that had lost at home to 10-man Crystal Palace in the previous outing, knocked the wind out of Liverpuldian sails in a 3-1 embarrassing defeat.

The Merseyside outfit now occupies 4th spot behind Chelsea and Man City, and only two points ahead of United. Not only that, Rodgers has been rocked by news that Daniel Sturridge will be out for weeks. Coupled with the lack of depth in the squad, a drop will certainly continue, even with Luis Suarez on form. When it rains, it certainly does pour.

Man City have arguably the strongest squad, but the Citizens’ imperious home form, where they are scoring for fun, is being constantly butchered by a bewildering away form. In the 6 matches that Manuel Pellegrini’s men have played on the road, they’ve lost 4 and drawn once, even with hotshots Sergio Aguero and Alvaro Negredo.

As for Chelsea, anyone will tell you that the Blues have been unpredictable. They’ve found their scoring boots in the last two matches to go second on the pile, and four points behind the Gunners, but the Stamford Bridge outfit is not yet convincing despite the second coming of Jose Mourinho. It could change, though.

That leaves Arsenal. Buoyed by the signing of Mesut Ozil and the goals from Aaron Ramsey, there’s confidence, like wind bellowing, in North London. Much has been said of the quality of Wojciech Szczesny, his mercurial front four and the phalanx of quality midfielders. Simply, the Gunners have been dominant.

In the 10th season since the Invincibles last lifted the title, the current crop of Gunners has grown from kids to soldiers ready for a full-scale assault on the title. Doubters and critics still have their swords drawn out, given the well-documented second half of the season collapse, but that isn’t stopping the cannon in the emblem from blasting through.

It’s only a third of the season gone. If Le Prof’s charges can successfully wade through Hull, Everton and their two biggest rivals in the title chase in form of Man City and Chelsea in the next four games, they’ll most probably be matching towards their fourth Premiership crown.

A four-point gap is not a lot and by end of December, even the Red Devils may find themselves within a title shot. That said, the Gunners are the second most potent side in terms of goals scored (and that’s when you include City’s 7-0 and 6-0 drubbings handed to Norwich and Spurs, respectively) and have the joint best defensive record in the league currently.

Though City and Chelsea offer the biggest threats, and actually one of the two could claim the EPL, the title should be there for Arsenal’s taking. There can be really no excuses this time.