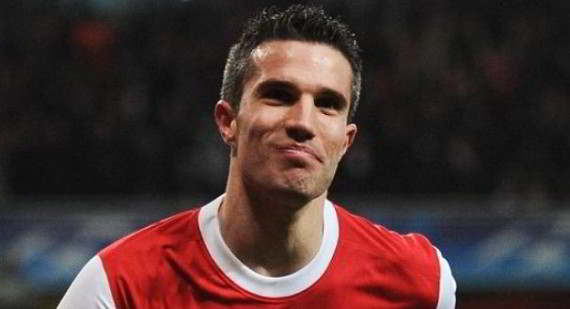 They say stranger things have happened, but many will not have seen this transfer coup coming, even though the signs were crystal clear. Not since Viv Anderson in 1987 has an Arsenal player gone to Man United, the only other notable transfer being of Mikel Silvestre in 2008 in the opposite direction. Such transfers are a rarity, an unwritten rule, similar to Liverpool’s and Man United.

Subject to a medical and agreeing personal terms today, Robin van Persie, Arsenal’s talisman and Golden Boot winner last season is heading to the Northwest city of Manchester, after the Gunners and suitors United agreed on a fee ranging between £22-24million. Having had only one year left on his contract, having had no desire to extend his eight year stay in North London, the Holland international had become a wanted man.

With Le Professor Arsene Wenger unable to convince him of his future plans, Man City and Juventus had come calling, but the 29-year old didn’t want an Italian job, and the prospect of joining a City side brimming with strikers like Carlos Tevez, Sergio Aguero, Mario Balotelli and Edin Dzeko, would have meant reduced playing time. There was only one option, and a conviction came after Sir Alex Ferguson decided to pursue a one-on-one with his nemesis, Wenger.

This is a signing that has angered many, dumfounded even more.  But is it hard to see why the mercurial striker is opting to go the red part of Mancunia? Is it hard to fathom why Arsenal’s captain wants to end his Emirates’ 8-year stay, especially as his career heads towards its twilight? Is it inconceivable why Le Prof didn’t want to sell him to his biggest Premier League rival?

Manchester United can guarantee Van Persie what the Gunners could not. Trophies. Since he crossed the shores from Netherlands, the Dutch striker has only won one trophy, the 2005 FA Cup, which was, interestingly, at the expense of the Red Devils. During the same period he’s been an Arsenal player, United have managed to fight opposition from the likes of Man City and Chelsea to win four EPL titles, 3 League Cups, 1 Champions League trophy and 1 FIFA World Cup title.

On top of that, the North London club has been losing star players, with Cesc Fabregas and Samir Nasri leaving just last season, and Alexander Song rumored to be next. Businesswise, it’s a great deal to the club for a player who would have gone on a Bosman free come next year July. However, even with the likes of Lukas Podolski and Olivier Giroud joining the Emirates club, RVP’s move may just have weakened the club’s fight to win their first trophy since 2005.

But the fee is worrisome to anyone United, even though his talent and skill are unquestionable. Robin has had an injury prone career, and the fee he has commanded, including the expected wages of £200,000 per week, will create an eerie feeling for many Red Devils’ fans.

However, if he can go one better than last season, if the 19-time English champions can extend the league trophy haul, if Fergie can seal another FA Cup or Champions League, such fees will be forgotten. After all, it’s the trophies that really matter.

The former Feyenoord man has made 277 appearances in all competitions for the Gunners, scoring 132 goals in the process on his way to becoming the 8th top goal scorer in the club’s history. His last two seasons have been the best in his club career in terms of goal scoring. He single-handedly took Gunners from the pits of relegation last season, as his 30 league goals propelled Wenger’s charges to the third automatic Champions League spot, against all odds.

Different opinions from analysts and armchair experts will continue flowing, whereas the player can expect another Cologne experience, a severe backlash from Gunners’ fans, akin to the one meted against Sol Campbell by Leeds fans.

But the thought of last season’s top two goal scorers lining up in the same team is just incredible, how much more can it be devastating to the opposing defenders to face RVP and Wayne Rooney? How much difference will it make in the battle for premiership supremacy?

It could all begin with Everton next week on Monday Night Raw.