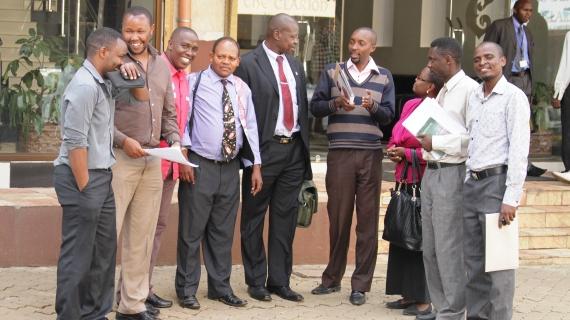 some of SJAK members after a meeting in Nairobi

Kenya Sports Journalist will on Friday 18th April hold their elections to elect a new office that will steer the Sports Journalists Association of Kenya for the next four years. The elections will be held at the National Sports Council hall at the Nyayo stadium starting 8:00AM Friday.

Over 70 registered Sports journalists are expected to cast their votes to in an election that has seen only three women contesting. Of the three women, acting treasurer Evelyen Watta is unopposed, while Kenya Broadcasting Corporation’s (KBC) Vereso Mwanga is vying for the post of Organizing Secretary (OS).  Rabecca Gichana of Standard Media Group is seeking the Executive Member post.