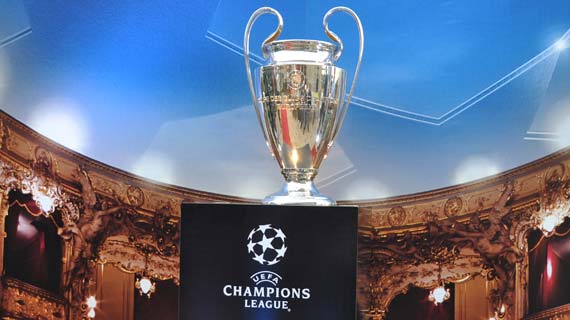 He stood still, dumbstruck. He breathed disbelief. Every time the ball torpedoed into the net, he could sense his end was nigh. He may have won Roman Abramovich’s most coveted trophy, but he knows that the Russian oligarch, who is trigger-happy, is allergic to not getting what he wants, having booted more illustrious managers like Jose Mourinho, Felipe Scolari and Carlo Ancelotti out of Stamford Bridge. Like sand through the hour glass, so are the days of Roberto Di Matteo.

Chelsea capitulated after they were catapulted last night as they fell to a devastating 3-0 defeat at the hands of Juventus. Coupled with Shahktar Donetsk’s progression into the Round of 16 after a 5-2 win at FC Nordsjaelland, the result leaves the Blues on the verge of elimination and into the Europa League with only one match remaining.

Their only hope for progression is to win against the Danish champions and Donetsk defeats the Old Lady. Any other result and this will be the first time a holder has failed to progress to the knockout phase of the Champions League. It’s out of their hands now. Their lack of grit and desire didn’t help either.

When the Stamford Bridge outfit lifted aloft the Big Ears trophy back in May, courtesy of a defensive system, the only way was up. And when the team started the season with a bang, having employed and deployed the likes of Eden Hazard, Oscar and Victor Moses, to supplement Juan Mata and Fernando Torres, the overflow of attacking talent had signaled a tactical tectonic shift, a la Barca.

Goals by Fabio Quagliarella, Arturo Vidal and Sebastian Giovinco made mockery of a gamble by Di Matteo to start without a recognized striker, with Hazard playing upfront instead of the misfiring El Nino. It didn’t work. And with the ever green Andrea Pirlo, flanked by Vidal and Claudio Marchisio, took charge of the midfield, there was no coming back for the English side.

Di Matteo will not last long, even though he won the Champions League and the FA Cup double. Abramovich is not one to be sentimental, especially with the amount of money he poured in the beginning of the season. Rafa Benitez has also been touted together with Pep Guardiola as the men the oligarch wants at the helm. One of them could be taking charge when Europa League gets underway in February, 2013.

Elsewhere, Barcelona, Valencia and Bayern Munich joined Man United, Porto, Shahktar Donetsk and Malaga in progressing to the knock out phase of the European elite club competition. The Catalans visited Russia and spanked Spartak Moscow 3-0 to advance as Group G winners, courtesy of a Lionel Messi double and a Dani Alves opener.

With Celtic getting beaten by Benfica 2-1, in the other Group G affair, the result leaves the duo still fighting for second spot. The Bhoys will fancy their chances though, what with Benfica having to travel to the Camp Nou to take on the Blaugrana.

BATE Borisov’s 2-0 defeat at the hands of Lille ensured Los Che and the Bavarians’ clash at the Mestalla was more of who goes on to win the group. It ended in a 1-1 draw, but the point was enough to leave the Spanish and German sides level on 10 points and into the second phase.

A weakened Red Devils’ side was beaten 1-0 by Galatasaray, to leave the Turkish side fighting with Romanian club CFR Cluj-Napoca for the second spot. CFR eliminated SC Braga, handing the Portuguese side a 3-1 defeat.