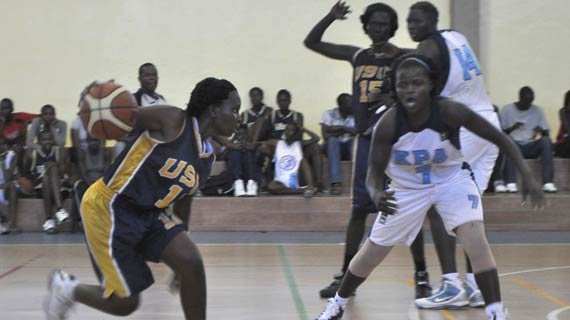 File picture of USIU vs KPA

The standoff between Strathmore Blades and lions will be sorted out today when the two sides clash in a game expected to be highly charged and not on 27th as earlier slated.

Tipped as the two sides to lose the regular season’s top seed, both teams enter this game with a burning yearn to win and close out the regular season. Lions are sort of depleted without their evergreen Tobias Onyango and small forward James Omune. Tobias’ absence is likely to affect Tom Ngunjiri’s charges being the clutch players sometime shouldering Lions thanks to individual skills and his timely assists. Veteran AncetteWafula must now sharpen his claws and nail his dreaded three-point shotsto add life to the Lions who’ll be avoiding a double loss in the hands of Blades.

The game kicks off at 4 pm. Blades play their second and final regular season game on Sunday against KPA. Their first game of the season was called off because of poor lighting and a flooded court. The dock men were leading 31-27 at the halftime break during the clash.

Of interest will also be a game pitting USIU Flames against former champions KPA. The students known for their fast game will be against an aging but experienced KPA hoping to make an assault on the Classic crown this season. Guard hildaIndasi has her work cut out against her former side and expects a tough match-up against 2010 MVP Hellen Aketch known for her defensive grip. The game kicks off at noon.

University of Nairobi’s Terror, hot from shocking Lions two weeks ago expect to continue with their push for the remaining playoffs slot when the host KPA tomorrow at 2pm. Terror, built around forwards Hillary Kubai and Brian Obimbo hope to player the spoilers’ role in KPA’s match to securing a home court advantage for this season’s playoffs.

In other games lined up for the weekend, last season’s runner up USIU Tigers hope to put back their double loss to KPA and Thunder when they travel to Nakuru for a game against  Nakuru Club at Menengai High School ground while defending champions entertain Blazers on Sunday at 4pm.