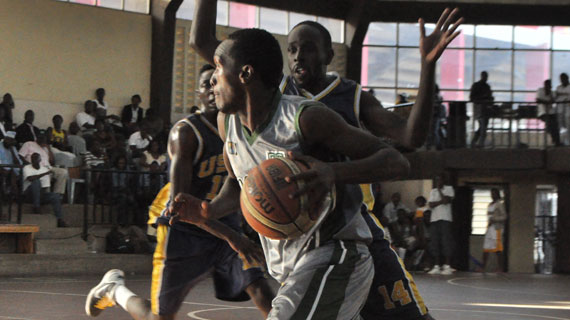 USIU Tigers lost a narrow 69-70 to defending champions COOP Bank in a thriller match played at the Kasarani gymnasium on Saturday. Tigers had a half basket lead with six seconds to wrap up the game and set a game five clash but guard Alex Ramazani opted to attack the basket in futility and awarded COOP Bank possession that guard Titus Musembi  used to award his team the vital basket that lands them in the finals against KPA.

USIU endured a false start losing the first quarter 13-18 and made a reverse with a 20-15 win in the second quarter to set stage for a second half battle that was to be a big decider.

COOP Bank took a narrow 19-18 win in the third quarter but the Tigers made amends in the final quarter stretching their lead in the game to six points thanks to their great blocks that forced COOP Bank to numerous turnovers and cut their lead to one point.

The final quarter was characterised with exchange of slim leads but Tigers will have themselves to blame for failing to wrap up the game with 6.58 seconds left to play and possession.

The option to attack the ream hurt their chances of forcing a game five as they would have retained the ball to run down the clock. The loss, a repeat of last year’s finals now means that COOP bank will face former champions KPA in the finals.