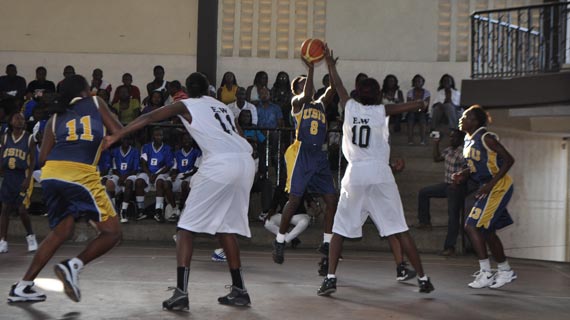 USIU Flames had a walkover handed against them in the KBF Classic League fixture on Sunday in a match that was to be played in Mombasa at the Makande Gymnasium.

Flames had travelled to Eldoret for the Zuku University Basketball League and according to the KBF Fixture Secretary, Joseph Amoko, the walkover was handed since USIU had requested for the match to be played at that time, “USIU had asked to be scheduled to play in Mombasa over the weekend but when they failed to show up we had no choice but to hand a walkover to Shimba Hills.”

The walkover saw NYTA-Shimba Hills awarded 20score points on top of the 2 league points that they had secured. USIU Flames finished 2nd in the 2012 season after losing in the play offfs finals to defending Champions Eagle Wings.