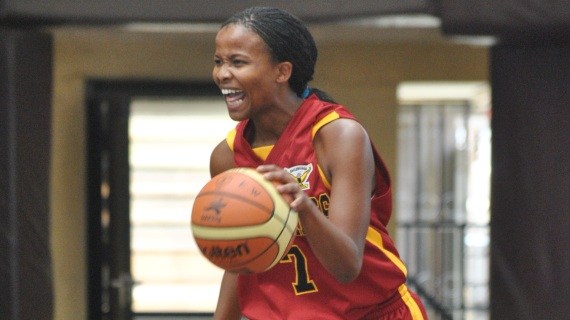 Eagle Wings’ star player Samba Mjomba has joined Equity Bank basketball team and will be playing at the NBA league in the coming season with a hope of supporting her new team gain promotion to the KBF League in 2015.

While confirming her switch to michezoafrika.com, Mjomba says, “It’s time for a little change and I hope my experience at Equity bank and playing in the lower league will present me with new but exciting challenges.” She said.

Mjomba joined Eagle Wings right after University studies at USIU in 2010 and she played a key part in the team’s success that included back to back national and regional titles. Her last assignment with Eagle Wings was the third place finish at the Africa Club championships late last year.

“Eagle Wings played a big role in my basketball career and it is sad for me to say goodbye to my former team mates. But time comes when one must make a move and I have finally joined anew family here at Equity where I have already started training and bonding with my new team mates.”

Other players who have also moved to the new team include Denise Apondi formerly of Strathmore Swords and Eleanor formerly at Cooperative Bank’s Kingdom Queens. USIU’s Linda Mfuchi is also said to be on her way to the side whose men counterparts gained promotion to the Premier league last season.