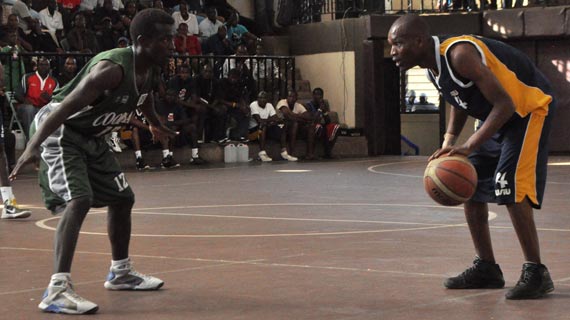 When USIU Tigers and COOP Bank always meet, it does not require a genius to realize some deep rivalry exists between the students and the bankers. Their second leg meeting last season brought into fore the underlying rivalry when emotions took stage interrupting the closely contested game.

Tigers’ loss to COOP Bank last season will just serve as memories to fuel the game into becoming a thriller. For this season, Tigers want to make it a double over the bankers while COOP is looking forward to bouncing back from a loss to Strathmore Blades last weekend.

Tigers will be forwarding their fine trio of victor Bosire, youngster Kelvin Kigotho and Chris Mulumba to battle it out with Allan Ouma, Titus Musembi and Ali Salim in the court. The game will be preceded by another grinding contest between Ulinzi Warriors and Thunder, a game also expected to be of sparks considering the stature of both teams.

Thunder will be led by guard griffin Ligare while Ulinzi hope forward William Ochieng will keep bullying his match on the board to bag points for the soldiers.

The second thriller in the men’s classic league will pit Thunder, playing their second game of the weekend against Lions, reeling hot from a big win over KPA at the latter’s backyard. The bankers are looking forward to finishing top for the regular season while Thunder, on a recovery path, will be looking forward to shocking the experienced Lions.

Nairobi Aviation, led by sharp-shooter Paul Nyakinda entertain USIU on Sunday in Tigers’ second game of the weekend while in KPA, the dock men will host Mennonites, a game they seek to make amends for their last weekend loss to Lions.

In the lower tier of the classic league, Parklands Baptist host Strathmore Blades II on Saturday at 9AM a game that will be followed by World hope up against Kenya Airports Authority while on Sunday, leaders Equity Bank tackle KCA University followed by an expected thriller between Upper Hill and Kenya University’s Pirates.