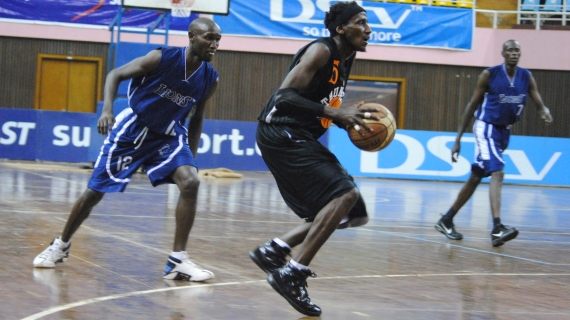 In the first quarter, Thunder who are yet to lose a match in the league looked to struggle as Lions used their experience to easily take the quarter 27-15. Thunder was poor in attack and the tall Lions defenders used this to their advantage as they easily blocked their shots and won the second balls.

Thunder tightened their grip in the second quarter and they managed to rectify first quarter mistakes. The experienced Dan Okwiri was the centre of their flow as his passing and defending came in handy. Thunder managed to sink in 18 points against Lions’ 15 to take the half time scores to 33-42.

The third quarter was a closely contested tie as both teams fought hard to get the points; Thunder looking to cut down the deficit while Lions looking at extending their lead. The experienced Lions ended up taking the quarter by half a basket, winning 13-14.

The last quarter was more interesting as Thunder’s wonder kid Griffin Ligare turned flamboyant charging his team to cut the deficit between them and the Lions. Edgar Kisali sunk in two subsequent three pointers to make the match a six point game, but Chiza Adisothe made a reply taking Lions back to a comfortable nine point lead.

Thunder looked to move closer and closer to cutting down the deficit. With 1:11 remaining on the clock, Thunder had taken the match back to a six point game. They resorted to committing fouls to stop the clock  so that they get time to cut out the six points but this worked hugely against their favor as the Lions managed to sink in almost 60% of the free throws they were gifted.

Thunder however took the final quarter 28-21, not being able to cut down the lead or subsequently win the match.