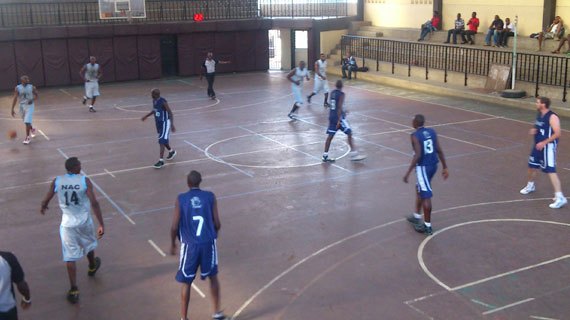 Lions vs Aviation in a past match

Lions basketball assistant coach Morris Shitsama is confident that his side can stop the six win streak that Thunder basketball team has. The two teams will meet on Friday evening at the Kasarani Gymnasium in a match that will be aired live on Super Sport 9 East from 8 pm.

Lions have lost only one match in the 2013 season when they went down to Madaraka based Strathmore University 59-62. Shitsama describes the clash as a must win for them as they will be seeking to attract sponsors, “we  are prepared to play well and I am confident that we can hand Thunder their first defeat, Apart from  that we hope to attract sponsors thus we have no option but secure a victory.”

Shitsama was also keen on the threat that Thunder captain Griffin Ligare who has been leading from the front, poses but he states that his side is ready to contain the speedy point guard, “Ligare always gives teams a hard time but whenever we play against we know how to contain him and we shall do exactly that in the match.”

Lions were formerly known as KCB Lions but the then sponsors Kenya Commercial Bank opted to pull out before the 2013 season began.